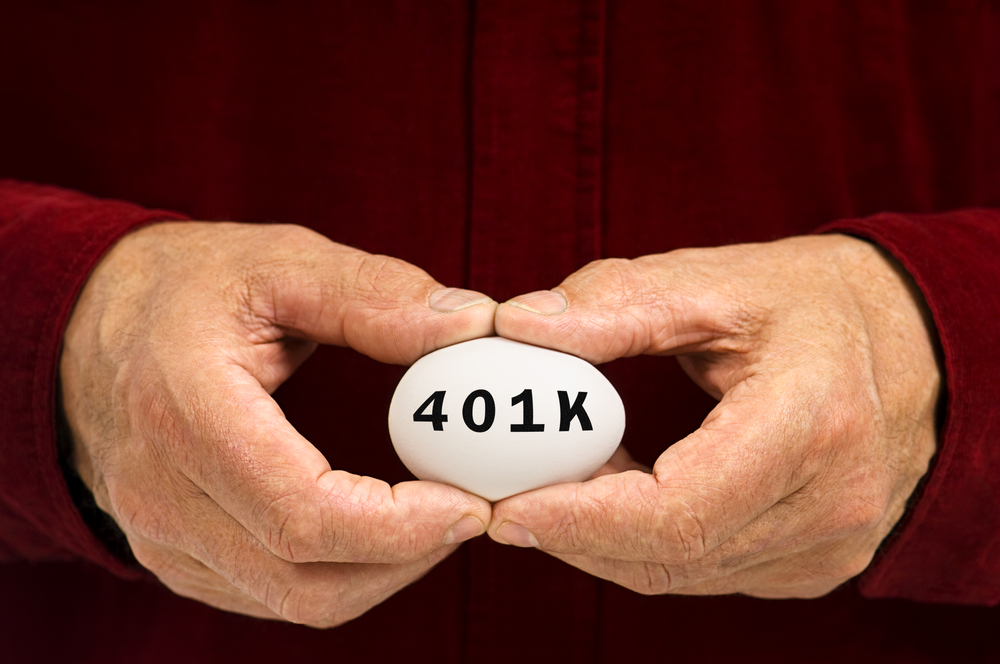 The 401k’atastrophy – what most people don’t know (but should) about their 401k!

If you’re anything like I used to be, you’re likely a strong advocate of using a 401k as the foundation of your financial success and retirement planning.

After all, it’s what most people do, it’s what most financial planners and CPA’s advocate, and it just seems to make sense – take the money out of your paycheck before you see it, maybe even get an employer matching contribution, let it grow with the magic of compounding interest over time, then take it out at a lower tax rate after you retire… how could all of that possibly be wrong?!

But what if the 401k isn’t the panacea that most assume it to be?

Now that I know better, I DO better

I no longer invest in a 401k, but it wasn’t long ago that I too “maxed out” my annual contributions in order to “take advantage of the tax savings”. I had been conditioned by society norms and mainstream financial beliefs. But now that I know better, I do better.

I now know that 401k’s reduce your income whereas smart investments increase your income. Instead of contributing to “salary reduction plans” (which was an early name for the 401k), I now invest my money in vehicles that GROW my wealth and cashflow.

In short, the 401k is an investment vehicle created and intended to help Americans save for retirement – not to help them grow wealthy or to become financially free. And although it is now a mainstay of American retirement planning, it is actually a relatively new creation.

Prior to the 401k, corporate pensions often provided an option for a lifetime of guaranteed income after retirement. However, starting in the 1970’s and 80’s many companies phased out their pensions (aka defined benefit plans) in order to reduce debt and restore their financial health. As such, Americans needed another avenue to secure their retirement income – in comes the “401k retirement plan”.

Ted Benna (often referred to as the father of the 401k) was a retirement benefits consultant at the time and was the first to recognize the potential of a then new subsection of the tax code. 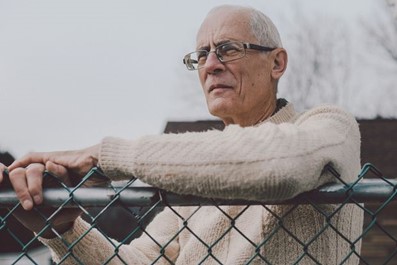 Based off a provision in the Tax Revenue Act of 1978 (paragraph k of section 401), Benna conceived the idea of adding employer matching contributions and allowing pre-tax employee contributions even though the enabling legislation didn’t provide for either.

Benna helped gain the IRS’s blessing to reduce employee wages in order to put money into the tax-deferred accounts, and the 401k as we know it was born. It was originally and appropriately called a “salary-reduction plan”, but Wall Street marketing teams quickly realized the negative connotation and rebranded the 401k as a “defined contribution plan” – who would want a “salary reduction plan”?!

What started out simple has now become complex

While the 401k originally started out as a very simple plan, with very few investment options and very few fees, all has since changed. High fees and high complexity are what prompted Benna to say that he’s created a monster and that it should be blown up. He has also been quoted to say that the 401k was “never intended to be the primary vehicle for retirement savings.”

So, what is it about the 401k that makes it a losing proposition despite its widespread use and acceptance?

There are many reasons that the 401k is a losing proposition. Ultimately, the 401k is STILL a “salary reduction plan” – it takes money OUT of your paycheck and hands it over to Wall Street for 35-40 years (until you’re 59.5) all the while making massive amounts of money for Wall Street – potentially even MORE than it makes for you!

Fees are killing your profits while making Wall Street a fortune!

John Bogle, CEO and founder of Vanguard group succinctly summed up the ominous reality of the high fees inherent to 401ks and other managed investment funds with an example that I call the “10:30 Rule”. 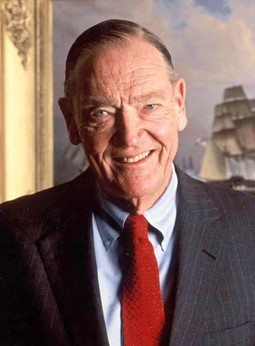 Bogle illustrated the significant affect that a seemingly insignificant 2% annual fee has on your 401k. If the average rate of return of your 401k portfolio is 7%, a 2% annual fee means you actually only earn 5% per year (and YOUR actual fees are likely closer to 3-4%!). (see our stock market reality video series: 1 fees & taxes, 2 hidden fees) Bogle shows that over time (50 years in his example), and due to compounding interest, a $1 initial investment becomes $10, but SHOULD have become $30. 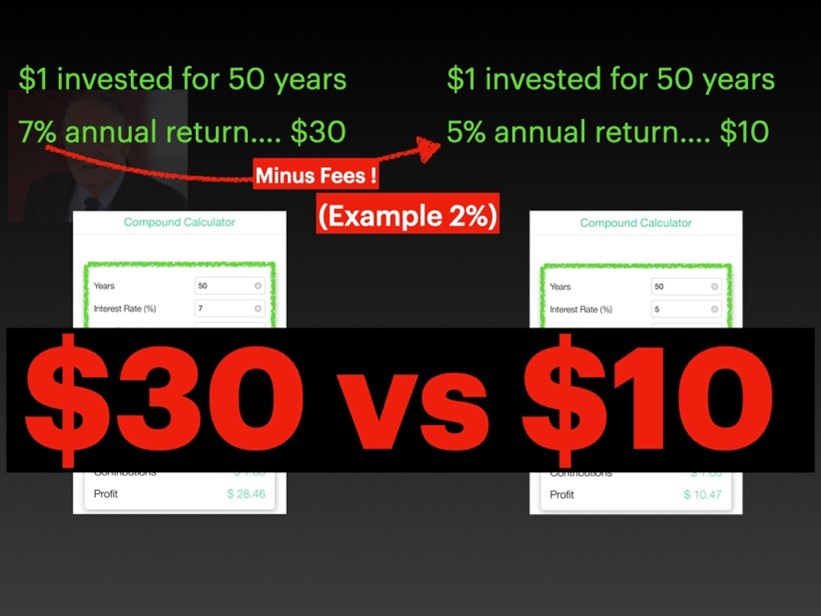 As retirees review their 401k portfolio and celebrate their $10 of created wealth, they never realize that by participating in the 401k “salary reduction plan”, they earned Wall Street even more! And the insult doesn’t stop there. While Wall Street made $20 to your $10, YOU still have to pay taxes on your $10!

While nearly everyone believes in the power of “deferring your taxes” through use of a 401k, there is a catch, and very few understand the reality of the 401k tax game. It is true that you don’t have to pay tax on the money you contribute to your 401k and that your earnings within the plan get to accumulate without taxation. However, there is no free lunch, and Uncle Sam will be waiting for you when you cross the retirement finish line. When you start taking money out of your 401k, you not only pay federal income tax on your basis (the amount you contributed “pre-tax” over the years), but you ALSO pay federal income tax on your profits! Indeed, the 401k is a tax-DEFERRAL plan, not a tax-REDUCTION plan. If this doesn’t alarm you, it should!

Investments outside of the 401k and other “defined contribution” retirement plans are still taxed, but they are NOT taxed at federal income tax brackets. Instead, they are taxed at capital gains tax rates. The difference in tax rates can MASSIVELY affect your net investment profit.

The current highest federal income tax bracket is 37% whereas the current highest capital gains tax bracket is 20% – which would YOU rather pay on your investment profits? And you – like many – might believe that your tax bracket in retirement will be lower than it is in your earning years and that the difference will “save” you money. But who wants to PLAN on making less in retirement just to lower your tax bracket – not me! Also, most don’t realize that the current federal income tax rates are nearly the lowest they’ve been since inception in 1913 – they will likely go UP by the time you retire.

Grow your income instead of merely saving your money

Perhaps you can now see why I now longer “invest” in a 401k. Simply put, I want an investment that GROWS my income NOW by creating cashflow, not a retirement plan that REDUCES my income NOW to save for the future. I also want tax-reducing investment assets RATHER than tax-deferred investments like the 401k. Because of fees, taxes, and inflation, the 401k retirement plan is truly a glorified “savings account”. (see our stock market reality video series: 1 fees & taxes, 2 hidden fees, 3 volatility, 4 comparisons with cash-flow assets) The father of the 401 knows this, most Americans don’t.

Most Americans are simply unaware of the reality of 401ks and they don’t know that there ARE other alternatives for investing and growing one’s wealth and income. Because they are unaware, their most common question about the 401k is usually “how MUCH should I be contributing”.

But don’t expect your colleagues, your family, or your CPA to encourage you or show you the way, as most people (and even many CPA’s) are simply unaware. They’ll often defend their bias towards a 401k plan and will discourage you from doing anything different. A friend of mine recently experienced this when he told his CPA of his plans to GROW his wealth outside of a 401k – he was told “don’t you think that if there is a better way to invest that EVERYONE would be doing it?”!

But indeed, there IS a better way! If you’re willing to challenge your current beliefs and learn how the truly wealthy grow and secure their wealth (and it’s NOT by putting money into a 401k!), you too can grow your wealth and income rather than just saving your money.

If you’re ready to challenge your current beliefs and ask yourself NEW questions, you’re on the right path. Awareness and curiosity are the first steps on the journey of true wealth growth and financial freedom. The second step is getting educated and finding a network of mentors, role-models, and like-minded individuals that are also on the journey. If you are interested in financial freedom and are looking for education and support, subscribe below, and become a part of the EWW network.

How To Achieve Financial Freedom (Part 1) →

When you’re ready to get on the path to financial freedom and are looking for education, access to investment opportunities, and a network of like-minded people, look no further than Elite Wealth and Wellness. We specialize in helping others achieve and integrate a life of financial freedom with a life of optimal wellness.

Join the Elite Wealth and Wellness network for newsletters and content update.